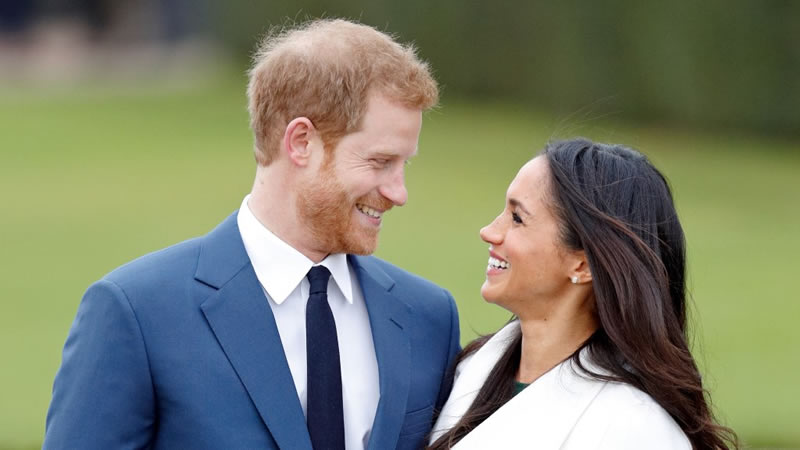 Have Prince Harry and Meghan Markle been talking to the FBI about Prince Andrew‘s involvement in the Jeffery Epstein scandal? That’s the story one tabloid was pushing earlier this year.

Back in April, the National Enquirer reported Prince Harry and Meghan Markle planned to tell the FBI everything they know about Prince Andrew’s involvement in Jeffrey Epstein’s sex trafficking operation. An inside source explains, “Harry and Meghan have nothing to lose by selling out Andrew,” adding, “Everybody already hates them for quitting royal duties and then publicly accusing the royal family of being racists who drove Meghan to the brink of suicide.”

The source goes on, “I’m told they’re willing to do something Andrew refuses to do — talk to the feds — even if it destroys Queen Elizabeth’s favorite son and exposes royal secrets and lies. They’re outraged the royals have enabled Andrew to dodge questioning and get off scot-free!” The magazine then adds that turning Andrew over would be the Sussexes’ perfect revenge.

“They feel they’re being targeted,” the source adds, “They’re furious Meghan’s been accused of bullying palace staffers and the queen has ordered an investigation.” The source dishes, “And they’re incensed their former Sussex Royal foundation is being probed for alleged misuse of funds by the U.K.’s watchdog Charities Commission.

This is their way of getting even!” The magazine then recounts the details of Andrew’s involvement in the scandal which include an extended friendship with Epstein, accusations of sexual abuse from one of Epstein’s trafficking victims, and a photograph of Andrew with the said victim, despite claiming he had never met or engaged in any sexual activity with her.

The Duke of York has been tight-lipped about the details, and the royal family has tried to keep him out of the spotlight and move on. As an insider explains, “The royal family just wants this crisis to go away. They’ll be devastated if Harry and Meghan talk to the feds.”

Harry has already publicly distanced himself from Andrew, stating, “Whatever he has done or hasn’t done is completely separate from me and my wife.” That being said, the tabloid insists Harry has “vital information” he’s sharing with the feds. So, is it true Harry is the key to bringing Andrew down? We seriously doubt it. Prince Harry was a young teenager during the time Andrew was socializing with Epstein.

It’s unclear what insight the tabloid is claiming Harry could possibly provide. Furthermore, the magazine is quite blasé about what Andrew is being accused of. The Epstein scandal was a major sex trafficking operation in which many underage girls were held captive and sexually abused. If Harry really did have some “vital information” on the case, which we seriously doubt, it would only be right for him to turn it over.

It’s quite extraordinary how the tabloid made even Andrew’s scandals about Harry and Markle. But we wouldn’t expect anything less from the National Enquirer. This is the same tabloid that recently claimed Harry was stabbing Queen Elizabeth in the back with his comments. Then the magazine reported Prince Charles was stripping Harry of his titles and forcing him to divorce Markle.

And more recently, the tabloid alleged Markle was pressuring Harry to get hair transplants after the duke has been “tearing his hair out” with stress. We wouldn’t trust anything the Enquirer has to say about Harry and Markle.

Prince Harry’s decision to go ‘rogue’ with memoir could be ‘dynamite,’ says expert

‘Harry knows his marriage is causing all the stress:’ body language expert claims