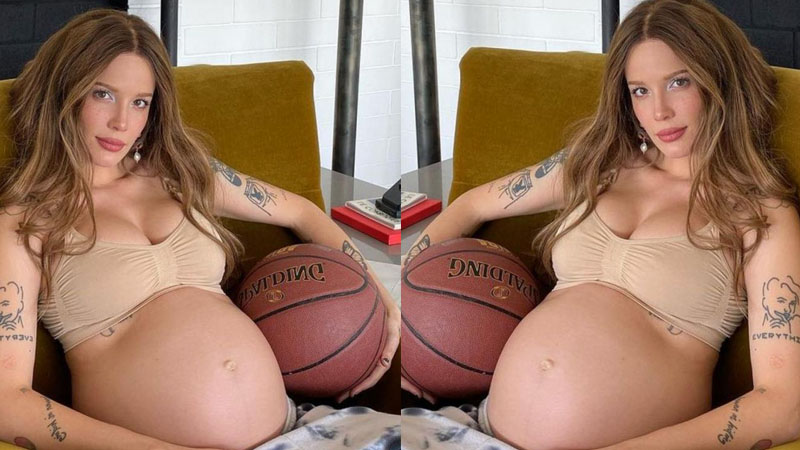 Halsey who’s currently enjoying her pregnancy recently shut down a troll who poked fun at her long-running pregnancy. Over the past weekend, the singer, 26, posted a few photos of her baby bump on Instagram, which sparked a comment from a social media user, who commented: “You’ve been pregnant forever.” To which the singer comically replied dropping a laughing emoji and replying, “I only announced it like 4 months ago.”

If you missed her announcement, Halsey announced her pregnancy in late January, sharing several baby bump photos on Instagram and writing, “Surprise!” Since then the singer has been regularly sharing updates into her pregnancy journey. “I’ve been thinking lots about my body,” they wrote on Instagram in February.

“It’s strange to watch yourself change so quickly. I thought pregnancy would give me very strongly, binary feelings about ‘womanhood’ but truly it has leveled my perception of gender entirely. My sensitivity to my body has made me hyper-aware of my humanness and that’s all. Doing a remarkable thing. And it’s grand. I hope the feeling lasts.”

Halsey, who shared in March their pronouns are she/they, has also opened up their road to pregnancy before. They’ve spoken about freezing their eggs and their battle with endometriosis. And in a 2016 interview with Rolling Stone, they shared they suffered a miscarriage the year before. So when fans recently started speculating about the artist’s pregnancy journey, Halsey took to Instagram to send a message.

“Why is it ok to speculate and pass judgment about fertility and conception?” they wrote on Instagram in March. “My pregnancy was 100% planned, and I tried very hard for this bb. But I would be just as happy even if it were another way.”