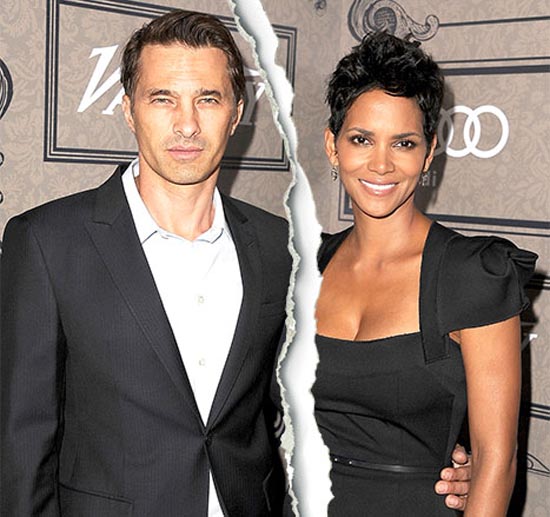 The Monster’s Ball star split from the French actor in October, 2015 after two years of marriage. They both filed divorce papers in Los Angeles, but Olivier subsequently dropped his claim to allow Halle to remain the sole petitioner, as per California law. According to TMZ.com, the stars are now officially divorced, with the former couple agreeing to share physical and legal custody of three-year-old son Maceo. However, Halle and Olivier, who reportedly had a prenuptial agreement in place, have yet to sign off on a property settlement, which remains unresolved. The news emerges more than three months after the actors, both 50, were issued a divorce ultimatum by court officials in September (16) after failing to move forward with their paperwork.

The stars were reportedly in no rush to officially become exes, but a court clerk insisted the filing could no longer stay in limbo and urged them to make a decision to either press on with the divorce or have the filing dismissed and remain husband and wife. Despite their break-up, Halle and Olivier have managed to reach a middle ground to co-parent little Maceo, and they reunited in March (16) to enjoy a family vacation with the actress’ eight-year-old daughter Nahla, from her romance with French-Canadian model Gabriel Aubry. She recently opened up about finally finding happiness, telling U.S. news show Extra she had overcome the sadness of her past and was feeling positive about her personal and professional future. “I just feel happy, you know?” she said in October (16). “I’ve arrived at a really good place once again, that’s always good news… Down time, dark times, don’t last forever – the sun is out again and it feels great.” Martinez was Halle’s third husband. She was previously married to former baseball player David Justice and singer Eric Benet.