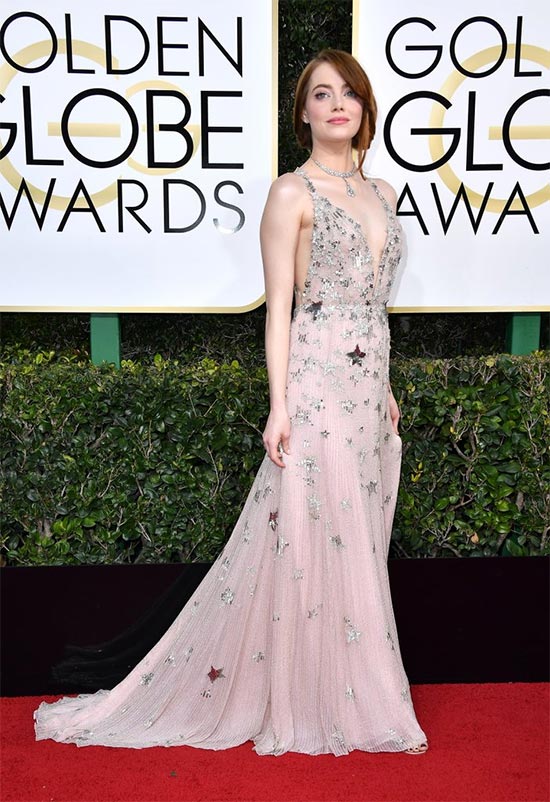 The actress has revealed her castmate is a candy fiend – something she didn’t realise while working with him in the past. “He loves Twizzlers,” she pointed out to Elle UK. “He used to eat so many on set it was concerning. He had them in his suit pocket. Bring him some Twizzlers if you want to get on his good side.” Despite his huge candy consumption, calories were never a concern for the stars as they filmed La La Land with director Damien Chazelle, thanks to the amount of dancing they had to do throughout the shoot.

Emma Stone admits she had two left feet before learning how to tap dance for her role as Mia: “We had three months (to learn), which was an amazing amount of time to learn how to dance like a child in tap class,” she recalled. “It was so much fun. I beat up my feet… but it was worth it.” The hard work paid off – both Emma and Ryan picked up trophies for their work in La La Land at the Golden Globe Awards on Sunday (08Jan17), and the film is a red-hot favourite for the Best Picture Oscar. The film’s stars still have a few more weeks of awards season appearances booked and then Emma is planning to take another set of lessons ahead of a vacation. “I really need to learn how to cook,” she joked. “That’s a bucket list situation.”