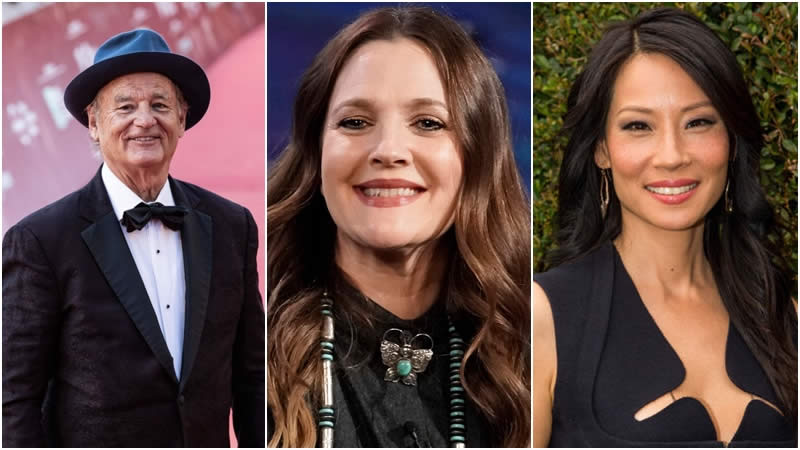 Drew Barrymore has revealed more about what happened between Lucy Liu and Bill Murray on the set of Charlie’s Angels.

The feud between the co-stars occurred in 2000 and Drew opened up about it on the recent episode of The Drew Barrymore Show.

The actress said: “Lucy is out there right now talking about her instance with Bill Murray. Do you want to know what happened? Do you want me to spill the tea?”

She went on to relate how Bill arrived on the set in “a bad mood. What you have to know is how much Lucy stood up for herself, and that was the great thing that came out of an unfortunate circumstance.
“She literally said, ‘I do not accept that kind of behavior from you.’ And we all supported her and backed her up and we moved forward.”

Drew said that she still supports her former Angels co-star and added that she recently filmed a video for the 52-year-old to back her up once again.

Following the dispute, Bill didn’t appear in the film’s sequel in 2003. Instead, comedian Bernie Mac stepped in to replace him.

In July, Lucy told the Asian Enough podcast of the Los Angeles Times that she and Bill were practicing a scenario that needed to be altered.

“But it kept going on and on. I was, like, ‘Wow, he seems like he’s looking straight at me.

“I say, ‘I’m so sorry, are you talking to me?’ And clearly, he was, because then it started to become a one-on-one communication“.

“Some of the languages were inexcusable and unacceptable, and I was not going to just sit there and take it.”

She admits she doesn’t regret the confrontation, saying that nobody should “need to condescend or to put other people down“.

During an interview with The Times, Bill said: “Look, I will dismiss you completely if you are unprofessional and working with me. When our relationship is professional, and you’re not getting that done, forget it.”