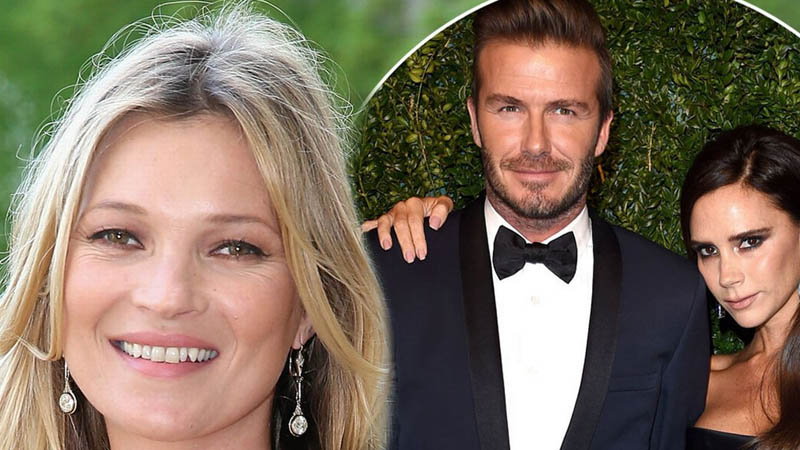 Is there a rift between Victoria and David Beckham after they were spotted on a family trip with model Kate Moss? It is being reported that Victoria Beckham was emotionally stirred up and there. There is a headline in the latest issue of Woman’s Day; “Posh Tells Kate Moss: He’s Mine!”.

Victoria Beckham is no longer a fan of Kate Moss because at Wembley Stadium during the Euro 2020 final, Moss was spotted cuddling with David Beckham. Their “cozy display was still enough to bother Victoria.” There were also some friends with their respective children.

While the tabloid accuses Moss and David of “playing happy families” during the occasion, it also claims that comments Moss made in 2015 caused Victoria to “fret” about their relationship. According to reports, the model was asked in an interview which Spice Girl she would like to be. “

Posh, since she’s married to David Beckham,” she said. Victoria was also said to be “upset” over her husband, according to the site. The photos of Moss and Beckham during the soccer game in question are far from “cozy.” They genuinely appear to be two male and female friends conversing and spending time with their children.

There is no such thing as “cuddling.” Is Victoria Beckham furious or frustrated that her husband was snatched by the paparazzi? Sure, but it’s not acceptable since their families are friends and for that reason, it can be said that the story is false.

In the past, tabloids have accused David Beckham of cheating and have been proven incorrect. In 2019, the former soccer player was rumored to be texting Emilia Clarke (Game of Thrones actress) “flirty” messages. Naturally, the allegations surfaced after David shared a photo of himself with Clarke on social media. The publication even used the phrase “cozying up,” which is identical to the phrase used in this story.

The publication went on to accuse the pair of putting on a brave face for their children despite reports of holiday infidelity and financial difficulties. According to the publication, Christmas 2019 will be their final holiday together as the Beckhams. Of course, the couple is still together and celebrated Christmas 2020 together.

Nick Cannon to have fourth baby in six months: ‘Why wear condoms?’

After being pregnant with Sam Asghari’s child, Britney Spears is relocating to Hawaii: Rumor