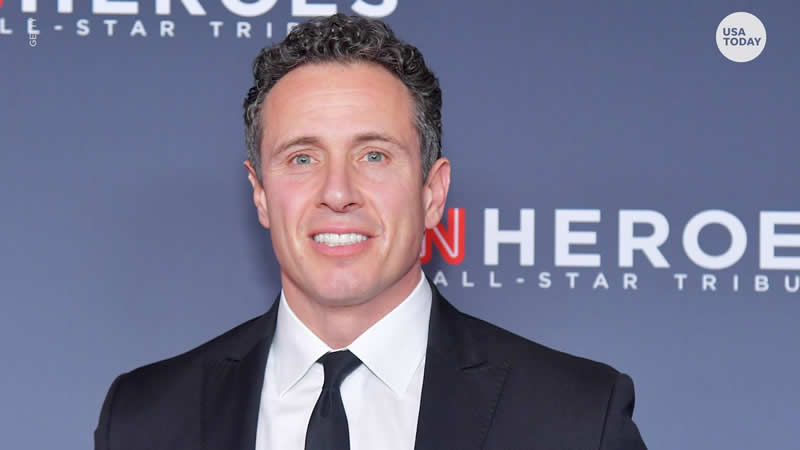 If there’s an ethics watchdog at CNN, he must be as dead as Old Yeller. If there’s a referee making sure CNN employees play by the rules, his vision is about as reliable as Oedipus’s.

We know that CNN is capable of firing conservatives since they axed commentator Jeffrey Lord for making a joke suggesting his opponents were Nazis. But if you’re a Democrat, is there any level of ethical transgression that might cost you a gig at CNN?

Conservatives have long complained that CNN is a propaganda organ of the Democratic Party. It’s no longer possible for the network to deny this, now that we know that Chris Cuomo, one of its prime-time anchors, is also a member of Andrew Cuomo’s crisis-management team, taking part in strategy sessions this year with the governor’s aides, flacks and lawyers as the Perv of Albany tried to figure out how to survive all the sexual-harassment charges against him.

Chris’s genius idea was for Andrew to claim he was taking a brave stand against “cancel culture,” which is the kind of brainiac suggestion that earned him the nickname Fredo.

The Cuomo Nepotism Network acknowledged Chris’s membership in Cuomo’s war room, said meekly that this was “inappropriate” but added that he will not be disciplined in any way.

Which, to be honest, is about the same thing we’re (eventually) going to hear from Albany Democrats after they complete their geriatric-turtle-speed “investigation” (read: delaying tactic) into the claims against Andrew Cuomo.

So many genuine and shocking scandals are pending against this corrupt granny-killing lech that CNN could spend 24 hours a day reporting on it, if it were interested in reporting actual abuses of power rather than in emoting about the significance of the scramble for the third-highest-position among the minority party in the House of Representatives.

For months Chris Cuomo regaled his viewers with undisguised PR stunts on his brother’s behalf while Andrew was repaying the favor by sending a high-ranking health official out to his house in the Hamptons to give him then-scarce COVID tests, then having state police rush the results to the lab in Albany and jump the queue with them. Now he is like a toddler who has cookie jars stuck on both wrists who says, “What are you gonna do about it?” He has no defense whatsoever.

How to Best Accessorize an Interview Outfit

Jennifer Lopez & Ben Affleck Reportedly Meet Up Again, Plus: Why They Aren’t Putting Any Labels on It