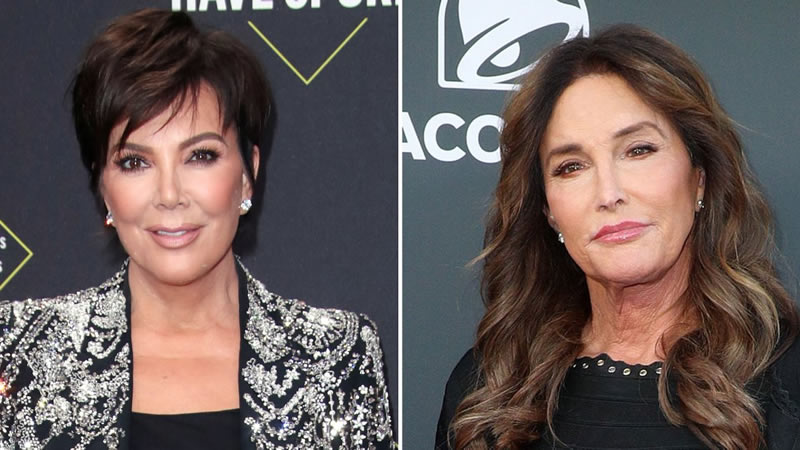 Kris Jenner has taken the first step in mending her relationship with ex Caitlyn Jenner.

During Thursday’s episode of Keeping Up with the Kardashians, Kris, 65, weighed whether or not to reconnect with Caitlyn, 71, when she was seeking career advice. To help make her decision, Kris sat down with daughter Kourtney Kardashian and called in Kim Kardashian.

“I wanted to talk to you and Kourtney at the same time, because I have an idea, and I just wanted you guys to tell me if I’m crazy or not,” Kris began. “So I got a call from Caitlyn’s friend Sophia [Hutchins] and she told me that she’s a little concerned about Caitlyn because she’s looking for something more to do with her career.”

She continued, “She was like, ‘Well you know if you have any ideas’ and then we started talking about things but I just don’t know, am I going to want to go down this road?”

“Sophia is Caitlyn’s good friend who lives with her, and you know, I’m not surprised that Sophia called my mom for advice because my mom, obviously, was managing Caitlyn for 20 something years,” Kim, 40, told the cameras. “But I am surprised that my mom is entertaining it because you know her and Caitlyn have had kind of a rocky relationship in the past few years.”

(Caitlyn publicly came out as transgender in 2015, two years after she and Kris announced their separation. The stars went through a period of estrangement after Caitlyn’s memoir was published in 2017. In The Secrets of My Life, Caitlyn alleged Kris knew more about her gender identity crisis than she says she did, and both Kris and her daughters have been open about the fact that the book created a rift in the family.)

Despite the difficult history between Kris and Caitlyn, though, Kim still advised her mom that reconnecting could be positive for them both.

“Ever since everything kind of happened, I think it’s like, really kind of a big deal that, you know, she’s reaching out to you for advice because she obviously knows you’re the best at that,” Kim said. “I think it’s a really good way for you to heal also — could be therapeutic for you to like, talk to Caitlyn and give her advice on her career.”

“When Sophia called me and asked me about it, I, you know, just needed to digest it. I needed to think about it and sort of process the request,” Kris said.

“I think it’s also understandable if you still are like, healing or like, feel a certain way like, we understand that too but I do think it’s obviously like, being a big person to help,” added Kourtney, 41.

“I think my mom just is, you know, still inside, super traumatized, and that’s okay,” Kim said in her confessional. “Her experience is her experience and we all have to be there for her and there’s no time limit that can be put on her for her to feel completely comfortable again.”

Never miss a story — sign up for PEOPLE’s free daily newsletter to stay up-to-date on the best of what PEOPLE has to offer, from juicy celebrity news to compelling human interest stories.

After Kim, Khloé Kardashian and Scott Disick discussed whether Kris was “ready” to give Caitlyn advice, the family matriarch ultimately decided to go through with it.

Sophia called up Kris to ask what she thought Caitlyn could do to further her career amid the COVID-19 pandemic.

“YouTube is a great idea because there’s so much content that you can create, to make it something where it can be different all the time and you can have a source of revenue stream,” Kris told Sophia and Caitlyn on the phone. “You can earn a great deal of money, just based on how many people are tuning in.”

“Believe, this is not an easy situation but Cait really does want my advice,” Kris said in a confessional. “So I think what Cait should do is start doing YouTubes every week.”

She then told Caitlyn, “Really make it about what you’re great at. You don’t have to keep it to speaking, you can do things like golf, and you can do a cooking segment.”

“Oh I would love to do that!” Caitlyn said.

“I can’t believe Kris is on the phone with Caitlyn, and just almost like nothing has ever changed. Her manager hat’s right back on,” Scott, 37, commented in his own confessional.

“I think it’s a huge step forward for their relationship,” he continued. “I mean you know there was a time that they weren’t even talking, no less helping and dealing with work stuff, but I’m interested if Cait is going to be able to take Kris’ advice. And I’m also curious if they’re going to be able to have a working, stable, normal, like, working relationship.”

Though Scott had his reservations, Kris and Caitlyn seemed to end their conversation on a high note.

“Thank you for your insight,” Caitlyn told her ex.

“Let me know if you want any more ideas about content but I think you’re on the right path. I think this is a great idea,” Kris concluded before teasing, “You’ll have a lot of fun and you’ll fill a lot of time — stay out of Sophia’s hair!”

Adele working on a much delayed fourth album