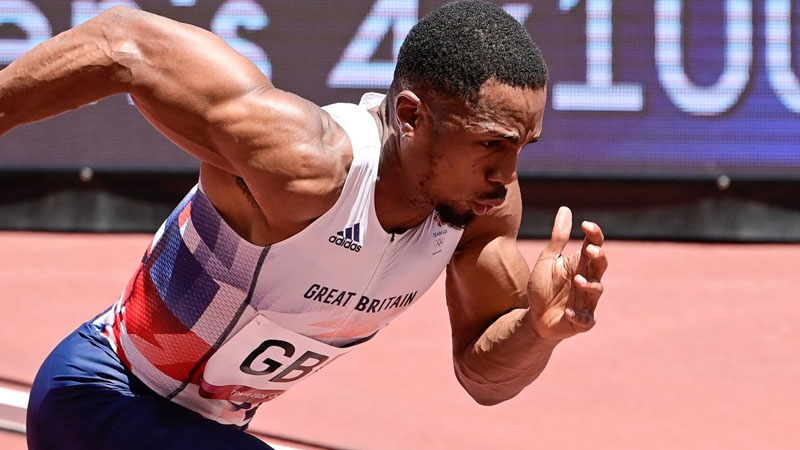 Ujah, 27, helped Britain finish 0.01 seconds behind gold medalists in Italy, but he was later found to have tested positive for two banned substances. If the suspension is upheld, Team GB’s silver medal will be taken away and given to third-place Canada, with fourth-place China receiving a bronze medal.

After their teammate’s suspension, Nethaneel Mitchell-Blake, Richard Kilty, and Zharnel Hughes will face a nervous wait to find out their destiny. SARMs (Selective Androgen Receptor Modulators) and Ostarine, an anabolic drug that helps the user build muscle, are the banned substances for which Ujah tested positive.

He’s been suspended provisionally awaiting the outcome of an inquiry by the Athletics Integrity Unit. Many competitors were found to have broken anti-doping laws at Tokyo 2020, including Bahraini middle-distance runner Sadik Mikhou, Georgian shot-putter Benik Abramyan, and Kenyan sprinter Mark Otieno Odhiambo also under investigation.

The AIU worked alongside the International Testing Agency (ITA) throughout Tokyo 2020. They said in a statement: “The AIU now awaits the conclusion of the ITA proceedings against the above athletes, which will determine whether any anti-doping rule violations have been committed and what consequences [if any] should be imposed in relation to the Olympic Games.” – according to the source.

Ujah, who won the 100m at the British Championships in June, had a solid first leg, but anchor runner Mitchell-Blake was beaten to the finish line by Filippo Tortu of Italy.

If one member of a relay team is found to have committed a doping violation, the World Athletics Anti-Doping rules state: “the relay team shall be automatically disqualified from the event in question, with all resulting consequences for the relay team, including the forfeiture of all titles, awards, medals, points and prize, and appearance money”.

A spokesperson for UK Athletics noted that the governing body does not comment on ongoing proceedings. As per the report of Mirror, Ujah has the option of having his B-sample – which is kept for storage why the A-sample is analyzed – is examined.

Should the B-sample reveal an Adverse Analytical Finding (AAF), he will be brought to the Anti-Doping Division of the Court of Arbitration for Sport (Cas ADD). The ITA said: “The Cas ADD will consider the matter of the finding of an Anti-Doping Rule Violation [ADRV] and the disqualification of the men’s 4 x 100 relay results of the British team.”

The full AIU statement can be read here

The full ITA statement can be read here