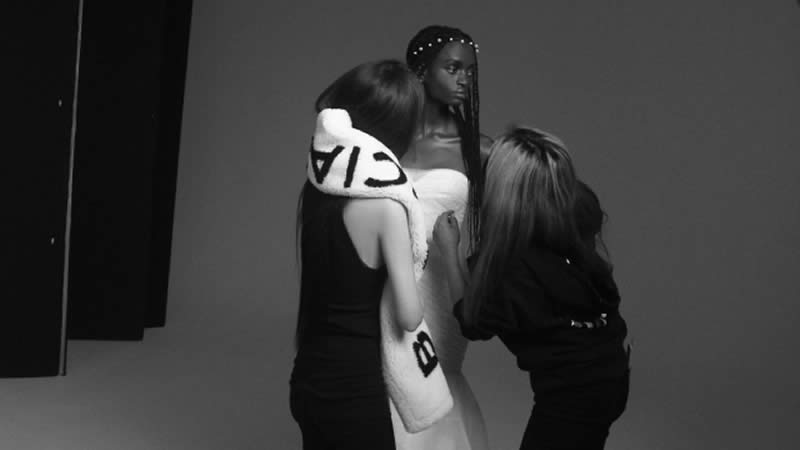 Thousands weddings were postponed or canceled last year, due to the pandemic.

After a year of postponed, canceled or drastically downsized weddings, bridal designers and retailers are gearing up for a boomerang effect.

Rather than wait another year to have a reception with a good-sized crowd, many brides are going forward with more intimate gatherings or virtual ones with the hopes they can have a more rollicking party at a later date. “It sounds so positive for the industry because that sometimes means two dresses,” said Mara Urschel, co-owner of Kleinfeld, a specialty retailer in its 40th year of business.

The optimism is reflected by increased activity in the category. Vera Wang has unveiled a 10-year deal with the Pronovias Group to manufacture, distribute and market Vera Wang Bride in its global stores and wholesale accounts. The collection is priced about 60 percent lower than the designer’s couture gowns and is targeting a broader customer base. Meanwhile, Prabal Gurung was among those designers unveiling their first bridal collections.

Indicative of how some collections are in line with cultural happenings, Wang said she liked to think her new line was “a lot about mystery, romance and I’m going to step way out on a limb here, and I probably shouldn’t say it, there was a mood of ‘Bridgerton’ with that sense of sensuality, sexuality and mystery.”

Inclusivity is also increasingly a priority. During a recent virtual press event, Wang spoke of the importance of extended sizing, and Pronovias chief executive officer Amandine Ohayon noted that was part of their first conversation, “and you and your design team were very adamant about that.”

Set to debut in October, the collection’s development was no easy feat, after Wang’s offices and stores had to close temporarily last year. Working remotely, she and her team coordinated with the Pronovias team, which required 10-hour Zoom calls at times, the designer said. The undertaking turned out to be a three to five group project when factoring in production. Wang said, “I’ve been known to be a little bit of a stickler when it comes to quality, detail, attitude, shape and all these different things. Nothing was sacrificed here.”

David’s Bridal vice president and head of strategic partnerships Maggie Lord said this year brides-to-be are planning to be married “no matter what that wedding looks like, whether it’s big, small in a courthouse, in a backyard or on Zoom.” Some venues have indicated they have bookings into 2023, she added.

While industry executives are optimistic about the future, the pandemic’s impact on the bridal business has been significant, with some companies reporting 40 percent declines. According to a recent Wedding Markets Research report, 2020 and 2021 are expected to be two of the worst years in wedding industry history, with spending and the number of people marrying declining. The industry is expected to lose $47 billion in total sales over two years, as well as 1.6 million weddings.

Industry specialists are not convinced, though. Celebrity and bridal stylist Micaela Erlanger said, “I think the wedding boom is coming. It has been exacerbated by this entire pandemic in a really meaningful way.”

Most weddings that were scheduled for 2020 were postponed or scaled back drastically. In addition, many more couples have gotten engaged during the pandemic. “It’s going to be a running bonanza for the next two years — maybe even longer,” she said.

Couples are investing more in engagement rings and wedding bands, brides are shopping for more versatile separates for their rehearsal dinner looks, after-party dress, bridal shower apparel, courthouse wedding attire or anything else, Erlanger said. Given the somewhat limited availability of gowns caused by pandemic-related production delays or smaller collections, couples are more open to wearing different colors and prints, she said. “We’re also seeing this trend where a Tuesday night wedding is not such a taboo of the past,” she said, adding that is leading to more casual choices in some cases.

Erlanger, who is engaged, said she may do 20 to 24 weddings this year — twice as many as last year. She specializes in custom design with brands that typically don’t offer wedding dress collections. “So, if you want Versace or some of the great houses to do your dress, come to me,” said Erlanger, adding that most gowns start at $55,000 and go up from there.

Interest in Rustic Wedding Chic, the online wedding directory and inspiration service that Maggie Lord started in 2008 and sold to David’s Bridal last year, is also strong, as more brides are planning more imaginative nuptials. Some are opting for a “mini-mony” or “micro wedding,” but are still planning for a larger reception when COVID-19 safety regulations allow, Lord said. That means the two-dress trend is making a comeback, with some shoppers favoring short white dresses or jumpsuits for the smaller event, and a big gown for the larger celebration, she said.

Last month, David’s Bridal signed an exclusive partnership with The Black Tux to support the growth of both retailers.

After David’s Bridal had to temporarily close its 300-plus stores in 2020, the company amped up online offerings. E-commerce was already an option for shoppers, but a virtual stylist was a new addition, as well as a free Blueprint wedding registry and the concierge chat bot “Zoey” that is available 24-7. Needless to say, Zoey is being put to good use if, for example, a bride “is up in the middle of the night panicked thinking if her dress will get there in time,” Lord said. “Our goal is to be there for her in the entire process.”

To try to reach more brides in different parts of the world, Reem Acra partnered with Snapchat to offer an augmented reality experience. Her internationally themed bridal couture collection debuted on Instagram in sync with the unveiling of a digital billboard in Times Square touting the Snapchat tie-up. Ruven Afanador shot the campaign and Accra’s brother Fadi photographed the behind-the-scenes images.

Acknowledging how the pandemic’s restrictions inhibited many people from falling in love and deterred brides-to-be from setting wedding dates, the designer said she wanted to celebrate women in love, and relay a message of hope, future plans, magic and beauty.

Acra declined to specify how business has been impacted other than saying the company “had to shrink to grow.” Aiming to reach millions through the Snapchat venture, Acra said the Times Square digital billboard outside of the Nasdaq building was a first for her. People will be able to engage with it to see more images than what appears on the billboard. Snapchat did not help pay for the outdoor advertising.

”I know time will resolve it. ‘Just how long will that take to get back to normal?’ is the question. By doing this, I may be giving hope that it is not so far away. It is right there in front of us and don’t lose hope,” Acra said.

The greatest challenges of the past year have been how brides and boutiques have struggled to understand the safety restrictions related to shopping and planning, and uncertainty surrounding weddings, according to designer and chief executive officer Justin Warshaw. “It’s been a very trying time for all of us to first learn the best practices, but also to educate our customers, empathize with brides and be able to service them with some available inventory, virtual trunk shows and things of that nature,” he said. “Brides aren’t sacrificing though. They might be eloping now but they are planning a celebration later.”

First-quarter orders have increased in the U.S. by 33 percent and the number of brides has increased by 2,000, due to optimism brought on by the vaccination rollout, pent-up demand and postponed weddings being rescheduled, Warshaw said. This year weddings will be held every day of the week, with Sundays being increasingly popular, since Saturdays are already booked. Newly engaged Warshaw said destination weddings are gaining ground. But dramatic gowns, ballgowns, A-line styles and other formal styles continue to sell especially in the midrange around $1,500 to $2,500.

Operating with 50 percent of its staff in the store due to safety guidelines and furloughs that led to layoffs, Kleinfeld has seen business improve this year but not yet enough to make up for last year’s losses. Another factor is many brides-to-be, who live in other parts of the country, are reluctant to fly to New York. Virtual services have been doing very well, Urshel said. Virtual selling, when done well, can be a boon to European business. “For years, we’ve been saying, ‘Bridal dresses don’t sell online.’ This made us figure out how to do it.”

But she is not convinced that the majority of brides will prefer virtual appointments versus in-store ones, when restrictions ease. All in all, though, she is confident about a turnaround. Urshel said, “Everybody is predicting that bridal will be dynamic later this year and in the beginning of next year.”

Although Kleinfeld had to close from March through June due to the shutdown, the retailer’s average purchases are slightly above the $3,500 to $5,500 range. A few recent brides spent $30,000 or $40,000, Urshel said. Pnina Tornai, Essence of Australia, Martina Liana Luxe, Maggie Sottero and Allure are among the strong performing brands, Urshel said. “There are a lot of girls buying big ballgowns for garden weddings. They want to be a bride. They want to have their day and they don’t want to trade down,” she said.

The Amsale Archive, a five-style selection of gowns designed by the company’s founder, Amsale Aberra, is meant to help to increase diversity in the bridal industry. A portion of the sales from each purchase will go to the Amsale Aspire Initiative at the Fashion Institute of Technology, in memory of the late designer. The new program is designed to provide scholarships and opportunities for Black students to develop entrepreneurial skills and advance their careers.

2021 NFL DRAFT FASHION THE GOOD, THE BAD AND THE GAUDY!

Style Tips on How to Wear Leggings – Outfits