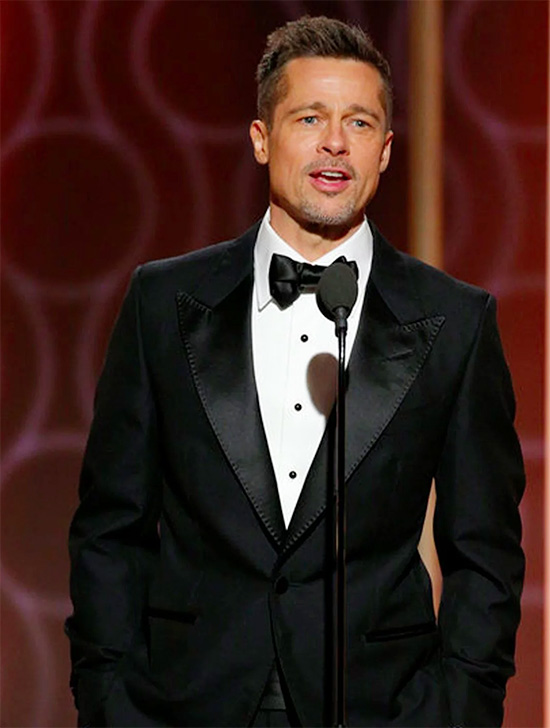 The actor portrayed the patriarch of a family of three boys in Waco, Texas in the 2011 drama, and one scene required him to play a few notes on an organ. However, he was so bad, Malick had to come up with a way to shoot around it. “I couldn’t even get the piano part,” Brad Pitt confessed during a TV interview in India to promote his new Netflix movie War Machine. “I had the bass line with the left hand and what we did was we got another guy who could play an organ whose hand looked close enough (to mine) and we cut a hole in the back of my jacket and he slid his hand through. He made the thing work. It looks great.”

Brad Pitt  lack of rhythm came up during a discussion with Bollywood superstar Shah Rukh Khan, who sat in on the chat with CNN News18’s Rajeev Masand to compare film industries. At the start of the interview, Brad casually reminisced about his last visit to the country, which he made with his now-estranged wife Angelina Jolie as they filmed 2007 drama A Mighty Heart, which she starred in and he produced. “We actually shot A Mighty Heart here,” Pitt shared. “We explored a lot of the country, fantastic experience.”

Despite his love for India, the movie star doubted he would ever find success in Bollywood, where films are famously full of song and dance. “I would never make it in Bollywood because I can’t dance,” Pitt quipped, prompting Khan to smile, “We’ll make you dance in Bollywood. We make everyone dance in Bollywood!” Pitt separated from Jolie last September (16) after two years of marriage. The former couple shares six children.