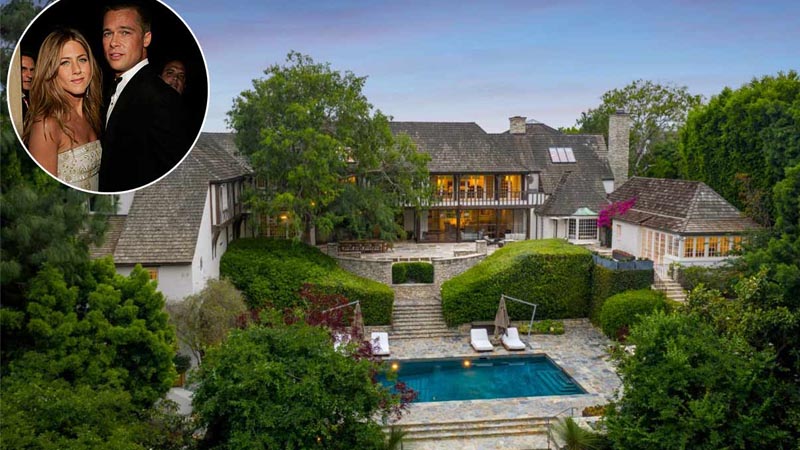 Hollywood’s former couple, Brad Pitt and Jennifer Aniston’s residence where they once lived together has been taken off the market for $32.5million.

The Tudor-style love nest spanning over 12,000-square feet was put up for sale last year at $56million and was listed for $44.5million prior to it being taken off the market.

The past paramours had owned the house back in the early 2000s and had expanded and renovated the mansion during their time together.

Following their divorce in 2005, the property was sold for $28million the following year.

The mansion that once witnessed the love of Hollywood’s most sought-after couple boasts of half-timbering and white-painted brickwork, a rotunda entry, a contemporary kitchen, two wet bars, a screening room with five bedrooms and 13 bathrooms.

Apart from that, the outdoors include a manicured lawn with a swimming pool, a tennis court and a pavilion with a guest suite.