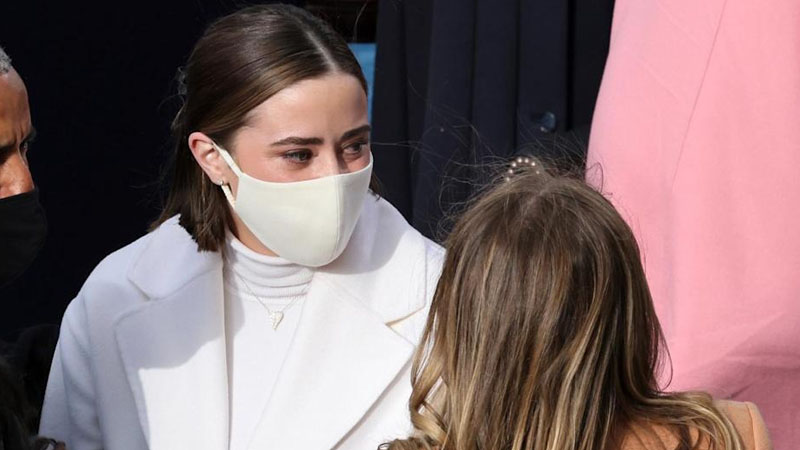 All Americans are waiting for the arrival of “Vax Girl Summer” including the President’s granddaughter Naomi Biden, who is 26-year-old. Earlier today, she enthusiastically tweeted a (branded) play on the viral phrase, verifying that even political families are (impatiently) awaiting a safe(r) summer! (No pun intended with ‘viral.’) Oh, but it’s not just any Vax Girl Summer she’s boosting: it’s a #PfizerGirlSummer.

“I AM HERE FOR #PfizerGirlSummer 👏👏👏,” the 26-year-old Columbia Law student wrote, quote tweeting her grandfather’s optimistic tweet in which he pledges a summer “of freedom,” “of joy,” and “of get-togethers and celebrations.”

We are so much impressed by Naomi’s enthusiasm regarding vaccination. Especially Biden’s confident ambitions for the season ahead — we’re a teensy bit confused by Naomi exactly directing to Pfizer. As a Moderna woman, I can’t help but have FOMO, though it’s eventually predictable that Pfizer is the one she pointed to.

Pfizer has earned the reputation of being the “status vax;” the dose of the elite. No one is entirely sure how or why the strange sensation originated, but Slate reported the spectacle earlier this year, noting how those who received Pfizer associated the shot with the “higher class.”

“We can’t all be CEOs,” a Slate source told their “middle class” friend upon hearing distance they got Moderna.

We are just happy to know that people are taking vaccine jabs.

Beyonce wears more than 60 designer outfits in ‘Black is King’