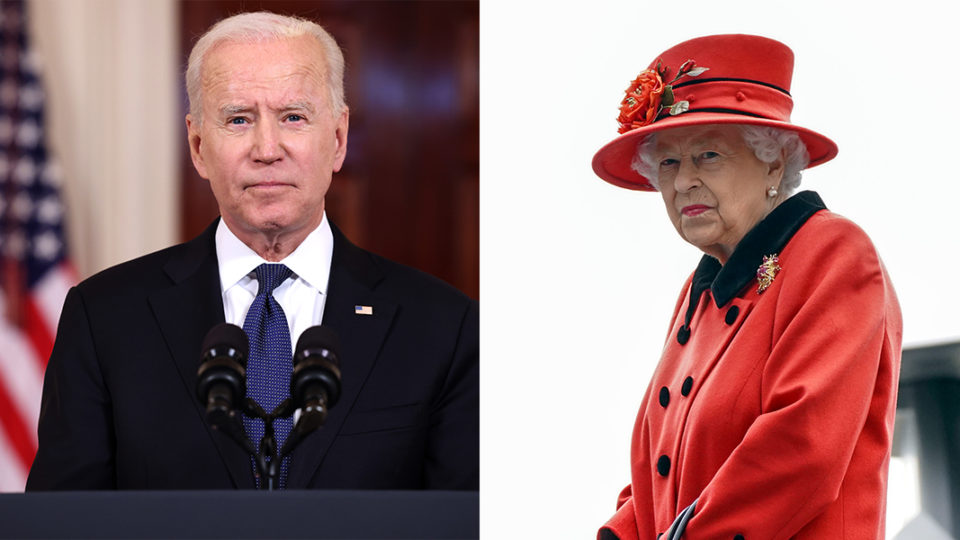 The White House is finalizing plans for President Joe Biden to meet with Queen Elizabeth II during his first trip abroad next month, a United States (US) official said Wednesday.

With Biden set to attend the Group of 7 (G7) gathering in Cornwall, broadcaster CNN said a US official briefed that the White House was preparing for the President to meet the Queen during his first international trip since taking office.

This face-to-face greeting, during which Biden would be joined by first lady Jill Biden, is expected to take place before the President leaves the United Kingdom (UK). An official announcement is expected to be released in the coming days.

It is not thought the two world figures have met before. The meeting with Biden would make him the 13th American president with whom the Queen, who is 95 years old, has met. The only president the Queen didn’t meet with during her 69-year reign was Lyndon B. Johnson, who didn’t visit Britain during his time in office.

She met Mr Biden’s predecessor Donald Trump when he made a state visit to the UK in June 2019 in the last days of Theresa May’s premiership.

The Biden couple was one of the first people to extend their sympathies to the queen and the royal family after Prince Philip passed away in April.

Queen Elizabeth, on the other hand, was also one of the first people to congratulate Biden when he was sworn in as the new US president after Donald Trump. Sources said that Her Majesty wrote to Biden before his inauguration.

Tom Parker-Bowles weighs in on Camilla’s future: ‘Unsure if mum will be called queen’

Prince William’s College Classmate Says ‘Whenever Kate Was in the Room, William Was Paying Attention