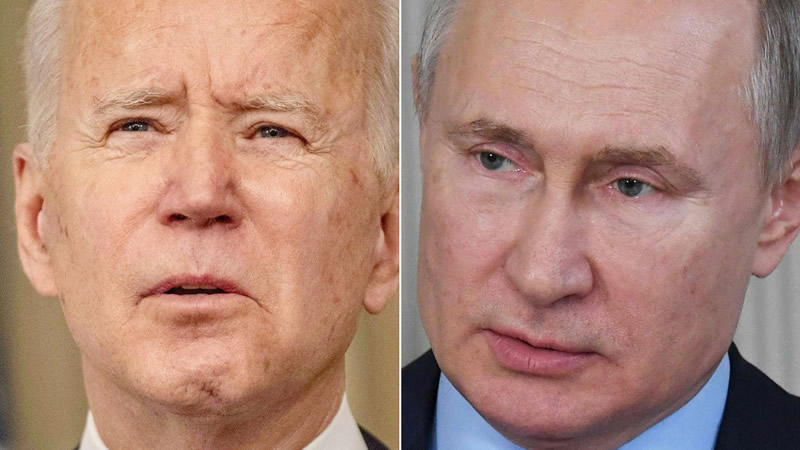 United States (US) President Biden on Thursday signed an executive order declaring a “national emergency” over the threat from Russia, as his administration slapped new sanctions on the country.

Russia’s actions pose an “extreme threat” to US national security. This was stated by President Joe Biden in his address to Congress.

“I inform you that I have issued a decree declaring a state of emergency in the country in connection with an unusual and extreme threat to national security, foreign policy and the US economy caused by the definitely harmful foreign activities of the Russian government,” Biden said in a statement.

President Biden reversed course on the warships just before his announcement of the fresh sanctions and after Russia warned the US ships to “stay away for their own good.”

“Today, we announced actions to hold the Russian Government to account for the SolarWinds intrusion, reports of bounties on U.S. soldiers in Afghanistan, and attempts to interfere in the 2020 U.S. elections,” Secretary of State Antony Blinken said in a statement.

The White House also released a letter to Congress stating that the president has issued “an Executive Order declaring a national emergency with respect to the unusual and extraordinary threat to the national security, foreign policy, and economy of the United States posed by specified harmful foreign activities of the Government of the Russian Federation.”

Russia also engaged in “malicious cyber-enabled activities against the United States and its allies and partners,” the statement said.

In Tuesday’s call to Putin on Tuesday, Biden foreshadowed the sanctions, warning the Russian leader that “the United States will act firmly in defense of its national interests in response to Russia’s actions, such as cyber intrusions and election interference,” the White House said.
Russia condemned the sanctions as “illegal” and vowed to respond.

”We condemn any pursuit of sanctions, we consider them illegal. In any case, the principle of reciprocity in this matter is valid; reciprocity in a way that best serves our interests,” Kremlin spokesman Dmitry Peskov said, according to the Russian news agency Tass.

The US sanctions come as tensions between Washington and Moscow are on edge.Video captioned “ready to fight” that surfaced recently by Russian soldiers show them moving armored vehicles and tanks into position near the Ukraine border.