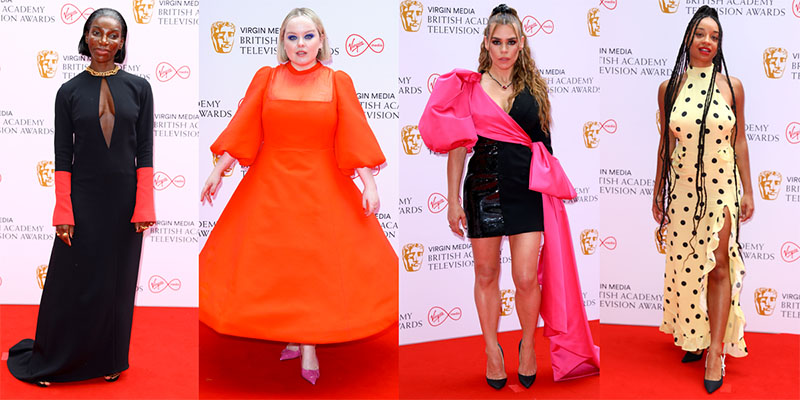 Generally speaking, the BAFTA TV Awards are not normally as big of a deal as their big-screen counterpart, the BAFTA Film Awards, which took place on 11th April this year. But we think we speak on behalf of the nation – nay, the world – when we say that good TV is what got us through the past year of successive lockdowns.

And with such incredible TV shows gracing our screens recently – from I May Destroy You to Normal People and Sex Education – tonight’s BAFTA TV ceremony is set to mark one of the biggest nights of awards season 2021.

Starting, of course, with the red carpet – which has been ruled by the queens of TV tonight. Killing Eve star Jodie Comer looked incredible in high-waisted navy trousers and a matching navy blouse with loose curls and peachy makeup.

The 28-year-old actress attended the ceremony a day before filming commencing the fourth season of the hit BBC show, saying: “Don’t worry, I’ve pre-ordered my taxi, I’m not going to be hungover.” Can she just be our BFF already?

Then there was I May Destroy You creator and star Michaela Coel – who is up for several awards, including leading actress – wearing a sweeping black gown with red sleeves and a slitted high neck.

But one of our favourite looks had to be AJ Odudu’s striking one-shouldered feathered grown in a summery bright red. Can we steal that for our 21st June freedom day outfit please, AJ?

How to Find Your Own Style?

Dos and don’ts when wearing glasses