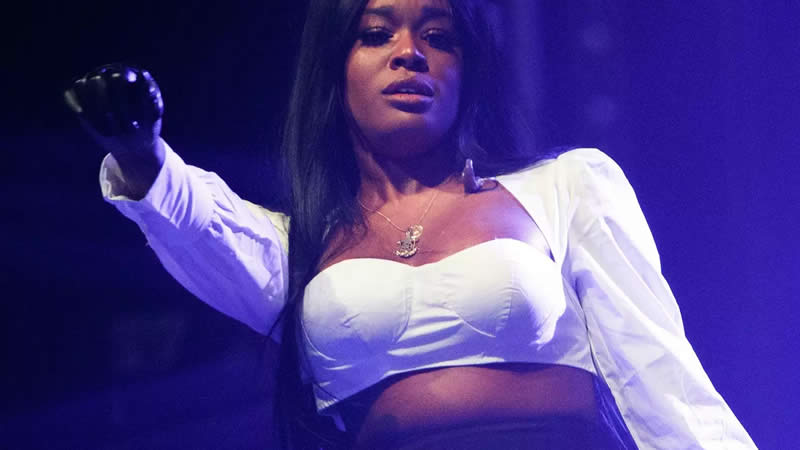 Azealia Banks faced criticism online after sharing a transphobic response to a fan.

The fan told Banks that she didn’t automatically become Jewish just because of her new fiancé.

After a fan told Azealia Banks that she needed to convert to Judaism – and not just get engaged to a Jewish man – in order to become Jewish, the rapper shared a series of deeply transphobic remarks to Instagram.

Banks took to the social media platform on Sunday to announce her engagement to artist Ryder Ripps, and shared a picture of Ripps proposing as well as her new engagement ring, which featured a menorah.

But in the comments of Banks’ post, a fan pointed out that Judaism “doesn’t work like that.”

Banks continued sharing her thoughts on trans people and Judaism in subsequent comments, saying that because she had sex with a Jewish man, she was thereby Jewish.

“Stop trying to exclude black people from everything,” she wrote in one comment, despite the fact that Black people can be Jewish, and many, in fact, practice Judaism.In another, Banks said trans women were “just hot gay boys with beat faces and plastic surgery.”

“I live for the trans girls but the trans s— is really a non issue. Just gay boys on hormones using male aggression to force their ways into women’s spaces,” Banks concluded.

By saying that trans women are “just gay boys” who take “hormones” and have “plastic surgery,” Banks failed to realize that not all trans women undergo gender confirmation surgery or hormone replacement therapy.

Her stance is also harmfully reductive: there is a difference between gender and sex. Equating someone’s gender with their assigned sex at birth completely negates the existence of transgender people and their experiences.

Banks also implied that she thinks all trans women are “gay” – even though gender and sexuality are also completely separate, and a trans person can be gay, straight, lesbian, bisexual, or queer, just like cisgender people.

Representatives for Banks didn’t immediately respond to Insider’s requests for comment.Following her controversial statements, the rapper began trending on Twitter, with numerous users criticizing her transphobic remarks and understanding of Judaism.

This isn’t the first time Banks has caused a stir with her social media presence.

In January, Banks trended on Twitter after she appeared to have dug up the remains of her dead cat and then boiled them. The video was originally posted on Instagram, but was later deleted.

And in 2018, Banks’ bizarre account of waiting for Grimes in the home the “Oblivion” singer shares with partner and Tesla founder Elon Musk went viral.