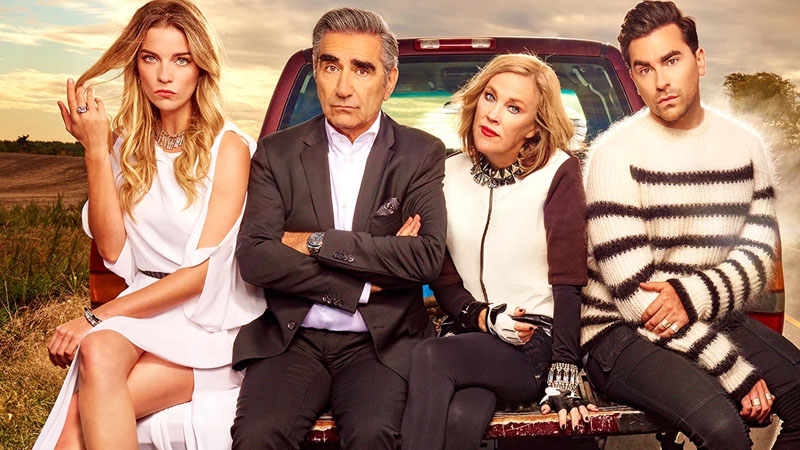 Canadian television sitcom Schitt’s Creek has taken over the streaming world and is also reigning over the upcoming 2020 Emmy Awards.

Annie Murphy who essays the role of Alexis Rose in the series expressed her glee over the show’s 15 nods for the prestigious Emmys—known as the equivalent to the Oscars for television.

During an interview with E! News, Murphy reacted to the feat and also spilled what she thinks her character would be up to amidst the quarantine period that was imposed during the coronavirus pandemic.

“I really do think that she would have just won COVID,” she said about her character of Alexis.

“She would have immediately taken 15 of her closest and most famous and wealthy friends—and Twyla—to a yacht and just kind of isolated there. Like she’d be doing just fine. I have no doubt. Since then there have been a couple of grapefruit mimosas and a lot of texts and a lot of calls, and it’s been awesome,” she said.

The entire main cast of the show could possibly win big on the night of the award show as Eugene Levy was nominated for Lead Actor, Catherine O’Hara for Lead Actress and Den Levy and Murphy for Supporting Actor and Supporting Actress respectively in the comedy categories.

“What’s so great is that it’s not just the actors getting nominated. There have been so many incredibly talented people working so hard on the show for six years, and just to have them nominated too makes it so much more special,” Murphy said.

“Honestly, starting out in season one with just this little show on CBC and all of us having the best time—I don’t think anyone could have anticipated where things would end up, so it feels pretty darn good,” she went on to say.

“It really did start picking up three or four years ago at the time when the world really, really started needing an extra dose of love and kindness and humor and inclusivity.”

“I just think the show was right place, right time, and allowed people a bit of an escape from the harsh realities they were living,” she added.