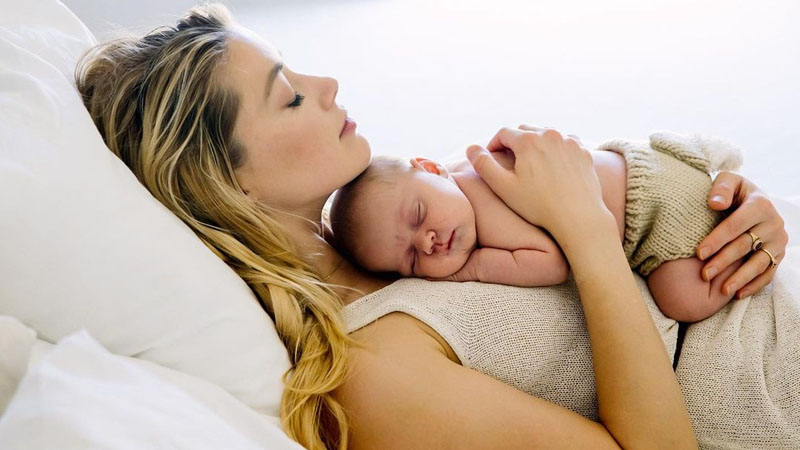 Actor Amber Heard secretly welcomed a baby girl on April 8. She shared the news on her social media accounts, along with a photo of the baby lying in her arms, and revealed that she named her daughter Oonagh Paige Heard.

Taking to Instagram, Amber Heard talked about having Oonagh as a single parent, and how she wanted to have a child ‘on (her) own terms’. She also hoped for a time when it is ‘normalized’ to want a baby but not marriage.

“I’m so excited to share this news with you. Four years ago, I decided I wanted to have a child. I wanted to do it on my own terms. I now appreciate how radical it is for us as women to think about one of the most fundamental parts of our destinies in this way. I hope we arrive at a point in which it’s normalized to not want a ring in order to have a crib,” she wrote.

“A part of me wants to uphold that my private life is none of anyone’s business. I also get that the nature of my job compels me to take control of this,” Amber added. She also called Oonagh ‘the beginning of the rest of (her) life’.