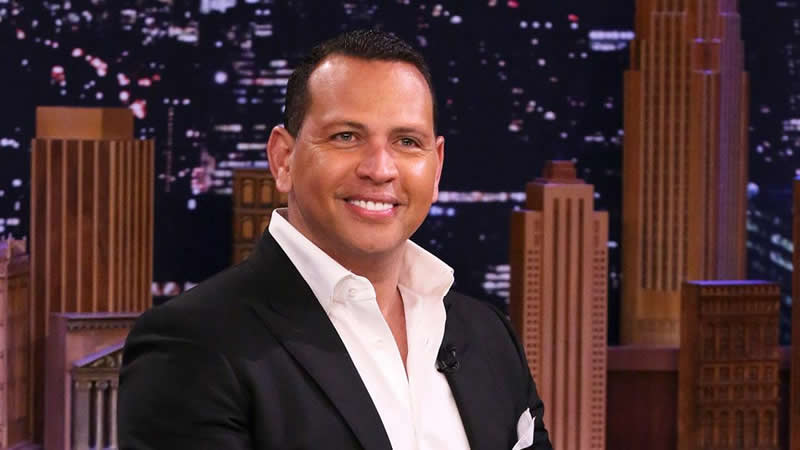 Alex Rodriguez is enjoying some family time after his split from Jennifer Lopez.

On Thursday, the former MLB player, 45, posted a sweet photo of himself having dinner with his daughters Natasha, 16, and Ella, 13 — with whom he shares with ex-wife Cynthia Scurtis.

“Din din with my girls!” Rodriguez captioned the Instagram shot, which showed group sitting in front of a delicious-looking spread of barbecued skewers and an assortment of vegetables.

The father of two added in the caption, “#DaddyDinnerDate 💜💚.”

The post comes three weeks after the family celebrated Ella’s birthday. In heartfelt tribute to his youngest daughter, Rodriguez raved that his child is “officially a teenager” and reflected on her life thus far in honor of the special milestone.

“13. Wow. That number has meant a lot to me over the years, but today, it’s even more special than ever,” wrote Rodriguez, referring to the number he wore during his years playing for the New York Yankees.

“Ella – every day you amaze me more than I could have ever imagined,” the retired athlete continued. “You are smart, mature, talented, caring, and funny. I am so proud of the young woman you are becoming and so lucky and grateful to be your dad. I love you so much.

Alongside the tribute, Rodriguez also posted a video montage of Ella throughout the years, which featured multiple appearances by Lopez as well as one by the singer’s 13-year-old daughter, Emme Maribel.

On her Instagram Story, Lopez, 51, posted a black-and-white photo of herself and Ella to mark the occasion.

In the sweet image, which was also included in Rodriguez’s own video tribute to Ella, the multi-hyphenate entertainer shares a sweet embrace with the birthday girl.

Rodriguez and Lopez released a joint statement on April 15 announcing the end of their engagement after four years together.

During their time together, the two often shared photos, videos and anecdotes of their blended family.