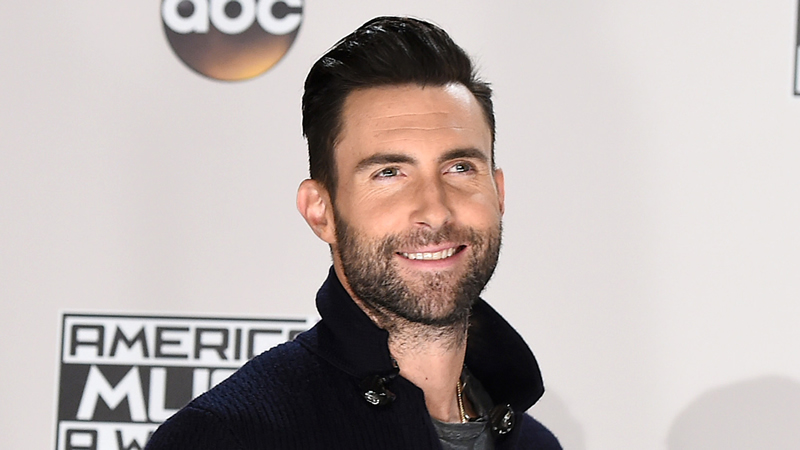 At least, that seems to be the motto in Adam Levine and Behati Prinsloo’s household. While the Maroon 5 frontman and Victoria’s Secret veteran are used to wearing chic designer ‘fits for their respective careers, the pair’s latest ensemble is really giving their fans heart-eyes.

The former Voice coach took to Instagram to share a rare family photo that captured him and his wife sporting the same matching dresses as their daughters—Dusty Rose Levine, 4, and Gio Grace Levine,

In the sweet snapshot, the longtime couple and their little ones stuck a pose in their pink tie-dye dresses. The 42-year-old musician accessorized his pastel pink number with vibrant periwinkle-colored sneakers, while the 32-year-old model styled her outfit with bright yellow pants.

“my bestie turned 3,” the proud mom shared at the time, adding three green alien emojis to perfectly capture their costume.

Both Adam and the supermodel tend to keep their kids’ lives out of the spotlight. While they share limited posts of Dusty and Gio, they rarely show images of their faces.

In recent years, the couple has also kept a low profile and has continued to remain private about their personal lives. However, around this time last year, they addressed rumors that their family was expanding.

Last March, the supermodel sparked pregnancy rumors after she uploaded a photo to Instagram that many of her followers believed was an ultrasound. At the time, a source told E! News she was “not pregnant.”

As the source explained, “It was one of her daughters that took her phone and posted accidentally.”

Following the speculation, Behati set the record straight, writing, “Guys. This is not an ultrasound lol. Dusty got hold of my phone and somehow posted this picture from my photo library i thought it was weird and cool and left it up. But everyone is now congratulating me on my 3rd pregnancy. it’s a close up of my black and white splatter sweat pants!”