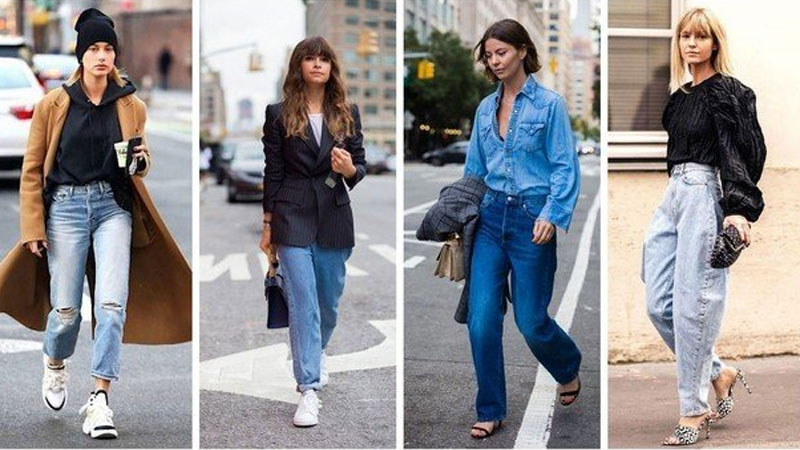 An evergreen fad is to wear your boyfriend’s clothes. Wearing your boyfriend’s clothes is a dressing style by itself wherein girls don clothes meant for guys as if it was right out of their guy’s wardrobe. Be it baggy denims or the funky cap with the borrowed aviator glasses, girls over the world like to just get something from the guys not meant for them and believe it or not, it all looks uber cool, if done right.

Wearing baggy denim is a fashion trend that never dies out. In fact, there is a whole section of denim meant for the fairer sex as ‘boyfriend’s jeans. Some girls go to the extent of wearing their guy’s casual 3/4ths out with ease. Though this style looks really sexy on some, some others completely miss the mark.

Girls love to show off their perfect figure by wearing their boyfriend’s overgrown tees. Most of them seem perfect at the waist and overgrown at the top. This is where sleeves get rolled up and the tees are pulled up from the shoulders to show off a slender frame. Even girls on the bulkier side seem to benefit from this, as this effectively hides the fact.

Every girl has at least once in her lifetime worn a guy’s shirt. A guy’s shirt with sleeves rolled up has for long been a style statement among women. Some go a step further by partially tucking away the shirts to give a rather rough and rugged look. Wearing shirts meant for men requires a lot of confidence and poise, which not everyone can carry off that well.

This is the most commonly observed clothing item that is shared by both sexes. If it is a chilly winter evening, a true gentleman would offer his pullover to you when you are out together but some girls have made it a style statement to don a masculine pullover. This is one trend that adds an extra dimension to the autumn/winter look.

Hats, caps and other headgear go well with both men and women. Women would traditionally stick to the classic hats but with changing times, the cap, the bowler, etc have become a style statement in the fashion world. It is a common sight that a girl playfully grabs off her sweetheart’s cap for her own self, which looks equally good on her as it did on her boyfriend.

These are some great ideas for sharing clothes with your boyfriend. Not just would it be comfortable clothing for you but would make sure that you make a style statement and get tongues wagging. Sharing clothes with your boyfriend would not be too difficult but when you wear clothes meant for guys, you need to carry them with immense style and élan.

If not done rightly, it could be a complete fashion faux pas. But, if done correctly, it will give your style quotient extra brownie points. So now that the ladies are all set to rob the wardrobe, men beware!